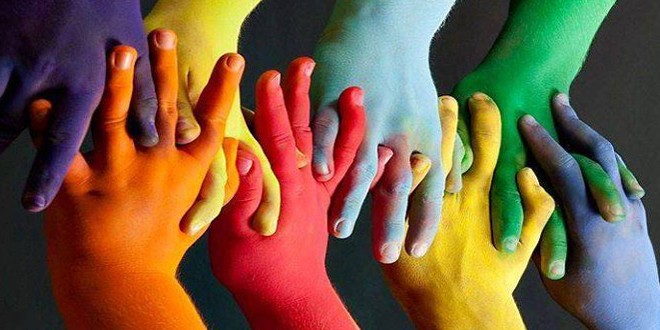 1. “The Prophet (may peace and blessings be upon him) observed: religion is sincerity and well wishing. Upon this we (the companions of the prophet) asked: For whom? He replied: For Allah, and His Book, and His Messenger and for the leaders of the Muslim community and the Muslims in general. (Müslim, imân, 95.)”

4. “Facilitate things to people (concerning religious matters), and do not make it hard for them and give them glad tidings and do not cause repulsion. (Buhârî, ‹lm, 12; Müslim, Cihâd, 6.)”

6. “The one who direct people to do good works is regarded as a person who has committed it. (Tirmizî, ilm, 14.)”

8. ” Be constant conscious of Allah wherever you have been. And do perform good deeds immediately after doing evil deeds so that they destroy them. Treat people in a good manner. (Tirmizî, Birr, 55.)”

10. “Faith has over seventy branches. The most excellent of which is the declaration that there is no god but Allah, and the humblest of which is the removal of what is injurious from the path. And haya (self respect, modesty, bashfulness, and scruple, etc.) is a part of faith. (Buhârî, Îmân, 3; Müslim, Îmân, 57, 58.)”

12. “There are two eyes not be touched by fire of the Hell. One is shedding tears because of Allah’s fear. The other is that of the soldier who spent whole night as a guard roster in the Cause of Allah. (Tirmizî, Fedâilü’l-Cihâd, 12.)”

18. “Neither nurse mutual hatred, nor jealousy, nor enmity. O servants of Allah! Become as fellow brothers. It is not lawful for a Muslim that he should keep his relations estranged with his brother beyond three days. (Buhârî, Edeb, 57, 58.)”

20. “Do no have a dispute with your (Muslim) brother. Do not make joke to him that he dislikes. And do not promise that you cannot fulfill. (Tirmizî, Birr, 58.)”

25. “There can be no better present given to children by any father than a good education. (Tirmizî, Birr, 33.)”

28. “The Prophet said, “I and the person who looks after an orphan of himself or of others, will be in Paradise like this,” putting his index and middle fingers together. (Buhârî, Talâk, 25, Edeb, 24; Müslim, Zühd, 42.)”

29. “Avoid the seven great destructive sins. They are: “To associate others with Allah, to practice sorcery, to kill the life which Allah has forbidden except for a just cause, to consume usury, to eat up an orphan’s wealth, to flee from the battlefield at the time of fighting, and to accuse chaste women, who never even think of anything touching chastity and are good believers.” (Buhârî, Vasâyâ, 23, Tıbb, 48; Müslim, Îmân, 144.)”

32. “The one who help a widow or a poor person is like a Mujahid (warrior) who fights for the cause of Allah, or like the one who stands for (additional) prayer all the night and observes (additional) fast all the day. (Buhârî, Nafakât, 1; Müslim, Zühd, 41; Tirmizî, Birr, 44; Nesâî, Zekât, 78.)”

40. “Fear from your God. Perform five time prayers. Do fasting in the month of Ramadan. Give alms of your possessions. Obey your leaders. You thus enter the Paradise of the Lord. (Tirmizî, Cum’a, 80.)”