The essential beliefs of Islam

The essential beliefs of Islam

There are many aspects of belief in which one who adheres to Islam must have firm conviction. From those aspects, the most important are six, known as the “Six Articles of Belief”.

Islam upholds strict monotheism and belief in God forms the heart of their faith. Islam teaches belief in one God who neither gives birth nor was born Himself, and has no share in His caretaking of the world. He alone gives life, causes death, brings good, causes affliction, and provides sustenance for His creation. God in Islam is the sole Creator, Lord, Sustainer, Ruler, Judge, and Savior of the universe. He has no equal in His qualities and abilities, such as knowledge and power. All worship, veneration and homage is to be directed to God and none else. Any breach of these concepts negates the basis of Islam.

2) Belief in the Angels

Adherents to Islam must believe in the Unseen world as mentioned in the Quran. From this world are the angels’ emissaries of God, each assigned with a specific task. They have no free-will or ability to disobey; it is their very nature to be God’s faithful servants. Angels are not to be taken as demigods or objects of praise or veneration; they are mere servants of God obeying His every command.

3) Belief in the Prophets and Messengers

Islam is a universal and inclusive religion. Muslims believe in the prophets, not just the Prophet Muhammad, may the mercy and blessings of God be upon him, but the Hebrew prophets, including Abraham and Moses, as well as the prophets of the New Testament, Jesus, and John the Baptist. Islam teaches God did not send prophets to Jews and Christians alone, rather He sent prophets to all nations in the world with one central message: worship God alone. Muslims must believe in all prophets sent by God mentioned in the Quran, without making any distinction between them. Muhammad was sent with the final message, and there is no prophet to come after him. His message is final and eternal, and through him God completed His Message to humanity.

4) Belief in the Sacred Texts

Muslims believe in all books that God has sent down to humanity through His prophets. These books include the Books of Abraham, the Torah of Moses, the Psalms of David, and the Gospel of Jesus Christ. These books all had the same source (God), the same message, and all were revealed in truth. This does not mean that they have been preserved in truth. Muslims (and many other Jewish and Christian scholars and historians) find that the books in existence today are not the original scriptures, which in fact have been lost, changed, and/or translated over and over again, losing the original message.

As Christians view the New Testament to fulfill and complete the Old Testament, Muslims believe that the Prophet Muhammad received revelations from God through the angel Gabriel to correct human error that had entered into the scriptures and doctrine of Judaism, Christianity and all other religions. This revelation is the Quran, revealed in the Arabic language, and found today in its pristine form. It seeks to guide mankind in all walks of life; spiritual, temporal, individual and collective. It contains directions for the conduct of life, relates stories and parables, describes the attributes of God, and speaks of the best rules to govern social life. It has directions for everybody, every place, and for all time. Millions of people today have memorized the Quran, and all copies of the Quran found today and in the past are identical. God has promised that He will guard the Quran from change until the end of times, so that Guidance be clear to humanity and the message of all the prophets be available for those who seek it.

5) Belief in Life after Death

Muslims believe that a day will come when all of creation will perish and resurrected in order to be judged for their deeds: The Day of Judgment. On this day, all will gather in the presence of God and each individual will be questioned about their life in the world and how they lived it. Those who held correct beliefs about God and life, and followed their belief with righteous deeds will enter Paradise, even though they may pay for some of their sins in Hell if God out of His Infinite Justice chooses not to forgive them. As for those who fell into polytheism in its many faces, they will enter Hellfire, never to leave therefrom.

6) Belief in the Divine Decree

Islam asserts that God has full power and knowledge of all things, and that nothing happens except by His Will and with His full knowledge. What is known as divine decree, fate, or “destiny” is known in Arabic as al-Qadr. The destiny of every creature is already known to God.

This belief however does not contradict with the idea of man’s free will to choose his course of action. God does not force us to do anything; we can choose whether to obey or disobey Him. Our choice is known to God before we even do it. We do not know what our destiny is; but God knows the fate of all things.

Therefore, we should have firm faith that whatever befalls us, it is according to God’s will and with His full knowledge. There may be things that happen in this world that we do not understand, but we should trust that God has wisdom in all things.

Önceki The Origins of Islam
Sonraki The way of İslam 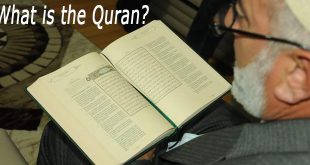